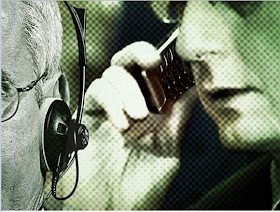 According to a report, All major Indian telecom companies, including Bharti Airtel, Vodafone India and Tata Tele services, have agreed to share real-time interception of BlackBerry calls and data services on their networks with Security agencies to meet the December 31 deadline fixed by the Indian government .

Research In Motion (RIM), the manufacturer of BlackBerry, has been directed to provide the resolution and web-browsing needs of the BlackBerry Internet Services. This is to be done in discussion with concerned service providers and law interception organisations.

Earlier in 2011, the government set the deadline for RIM to come up with facilities for interception, or face closure of their operations in India. The security agencies in the country have been trying to get the company to install local servers so they could access and monitor the stream of messages going back and forth to implement better security in the country.

The Ministry for Home Affairs ordered interception of about 10,000 phones and 1300 email ids, during October to December 2012. According to an Indian news paper report, About 500 new e-mail addresses of individuals were also added to the existing 800 e-mail IDs already under surveillance.

Wire tapping to detect tax evasion by Income Tax authorities is however not allowed. According to the Section 5(2) of the Indian Telegraph Act of 1885, the government is authorized to intercept or detain messages, if satisfied that it is necessary to do so in the interests of the sovereignty, integrity, security of the State, friendly relations with foreign States or public order or for preventing incitement to the commission of an offence.