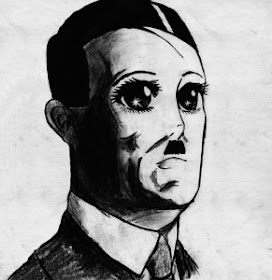 A 15-year-old UG Nazi hacker going by the name of Cosmo or Cosmo the God was sentenced in juvenile court on Wednesday with terms for six years without any computers or Internet, until his 21st birthday.
During these 6 years, he'll need approval from his parole officer to access the internet. Wired report that hacker resides in Long Beach, California, and began as a politicized group that opposed SOPA, took down a bevy of websites this year, including those for NASDAQ, CIA.gov, and UFC.com. It redirected 4Chan's DNS to point to its own Twitter feed.
Hacker pled guilty to more than a few felonies, with charges ranging from credit card fraud to online impersonation. The probation that Cosmo agreed to as part of his plea limits his use of the internet to solely educational purposes, and all use will be supervised. As part of the hacker group UGNazi, he was able to gain access to accounts on sites including Amazon, PayPal, Microsoft, Netflix, and many more.
He is prohibited from having contact with any members or associates of UG Nazi or Anonymous, along with a specified list of other individuals. Also, according to Cosmo, violating any of these terms will result in a three-year prison term.