Websites can steal your browser histories !

Some web sites are probing visiting browsers for data that can be used to help criminals craft phishing attacks that compromise the accounts of online banking customers, researchers have found. 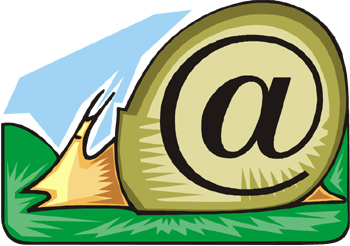 Java scripts on these sites invade the browsers' history cache and finds out what sites the browser has visited. If, for example, the history reveals that the browser routinely visits a particular online banking site, attackers would know what phony banking page to serve up in order to steal login information, according to scientists at the University of California, San Diego.
The latest versions of Firefox, Chrome and Safari block this history sniffing, but earlier versions and all versions of Internet Explorer don't, they say.
History sniffing has been known for years as a possible way to discover what sites a browser has visited, but this is the first time that anyone has shown it actually happening on the open Internet.
The practice isn't widespread, the researchers conclude. They tested the home pages of the top 50,000 global websites as ranked by Alexa, a web statistics company. They found just 46 cases of real history sniffing, one of them being carried out by the site youporn.com, which ranks in the Alexa top 100.
Other sites carrying on history sniffing include charter.net, espnf1.com, feedjit.com and gamestorrents.com.
"We want to let the broad public know that history sniffing is possible, it actually happens out there, and that there are a lot of people vulnerable to this attack," says UC San Diego computer science professor Sorin Lerner in a written statement.
In addition to targeting potential phishing victims, history sniffing can be used by businesses to find out what competitors a site visitor has already checked out and by advertising firms trying to create user profiles so they can target them with ads of interest, the researchers say.
In some instances, the researchers found that Web site owners added the history sniffing code and in others the code was part of ads that were elements of the site pages. These external sources of sniffing code came from interclick.com, meaning tool.com and feedjit.com, all of which compile data on web users' behavior for their customers.
Researchers also found that sniffing code on a web page slows the load time for the page by 67%.
The tool the researchers developed to spot sites that sniff histories could have other uses, the researchers says. For example, it could be used to discover what data leaks unintentionally from websites that employ JavaScript, they say.
A paper on the research was presented to the 2010 ACM Conference on Computer and Communications Security earlier this year.